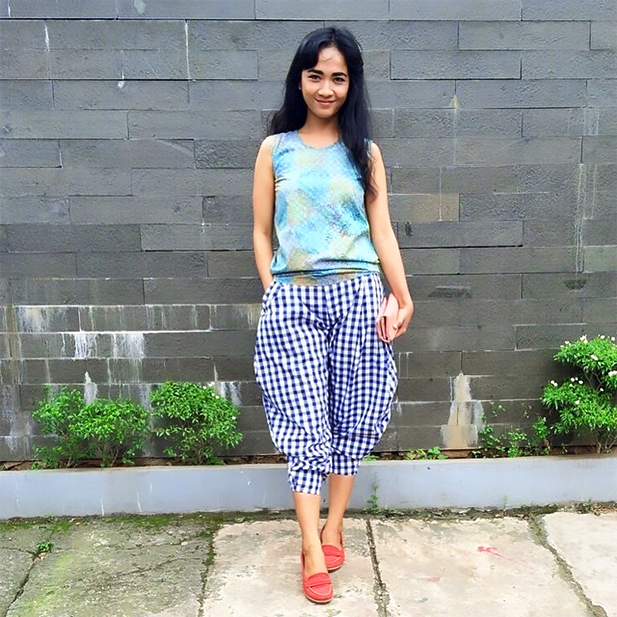 Fashion mashup: batik and gingham. Though gingham is a type of plaid, it isn’t a Scottish pattern—it may have come from the Malay word genggang. Photo credit: Tumblr.

As the trees shed their leaves with the coming of autumn, so do we as people shed our summer clothes. If Target ads are any indication of fall trends, plaid is the pattern of the season. While tribal and Polynesian prints are considered “ethnic” summer motifs, Scottish tartans have been eagerly integrated into American fall style.

US clothing brands strip cultural significance from clothing by consolidating African, Asian, or Native American prints into a single category, despite the comprehensive distinctions among all three macrocosms and the further multiplicity within each of them. PacSun—a portmanteau of Pacific Sunwear—is an American retailer focused on the Californian lifestyle, yet the search word ethnic brings up multiple hits on their website. The supposedly ethnic garments feature a mixture of South Pacific and southwestern Native American prints. It is worth noting that these clothes are also displayed on models of ambiguous heritage. 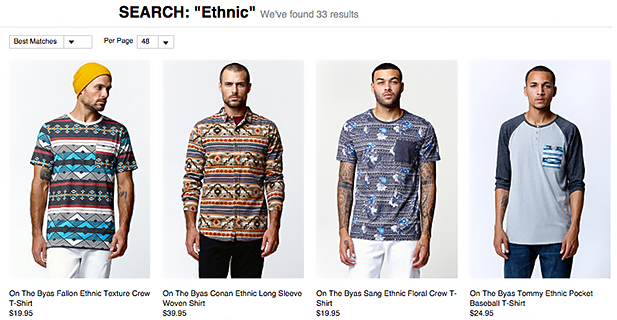 What is ethnicity? As per Merriam-Webster, the word ethnic is defined as “of or relating to large groups of people classed according to common racial, national, tribal, religious, linguistic, or cultural origin or background.” Essentially, everybody is ethnic; there is no intrinsic or exclusive correlation between ethnicity and people of color. Often, people conflate ethnicity with otherness and the marginalization of people of color. The Scottish tartan prints that are currently splashed across clothing store windows are equally as ethnic as the popular Javanese batik designs that have transcended textiles and entered the world of stationery and wrapping paper.

Batik, possibly derived from the Javanese word ambatik (literally, “a cloth with little dots”), is a dye-resist wearable art form deeply ingrained in Javanese culture. These stylized garments can be found throughout Asia and Western Africa, though the most intricate patterns have been developed on the Indonesian island of Java. Javanese artists use simple handmade tools to draw elaborate wax motifs on natural fabrics like cotton or silk, as the wax adheres best to densely woven textiles. Before starting, these artists—generally women—melt wax in an iron or earthenware container called a wajan. The canting, a small, spouted copper cup affixed to a bamboo handle, works as a wax pen, enabling the artist to mask off dye-resist designs in wax. 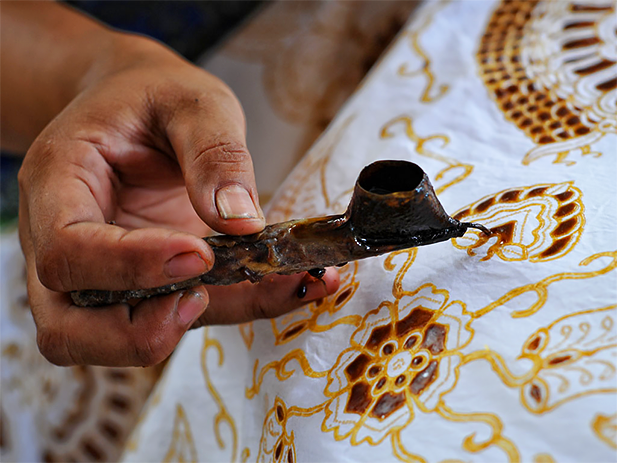 Batik patterns are distinguished as either geometric or non-geometric. Most patterns are accessible to the general public, but traditionally, specific designs are reserved for wedding garments or royalty. For example, the Kuwang, consisting of overlapping circles, has been a staple pattern of Javanese royalty since the thirteenth century. In the city of Yogyakarta, the checkered X-and-O Grompol motif is customarily selected for wedding ceremonies. Grompol, or “gather together,” symbolizes the union of luck, happiness, children, and a harmonious marriage.

Unlike Indonesian batik, where decorations are artfully printed onto the surface of a blank cloth, Scottish tartan patterns are woven with colored thread, so that design and form are conjoined. Tartan motifs are commonly referred to as plaid in North America, but the word plaid derives from the Scottish Gaelic plaide, meaning “blanket.” Plaids, generally comprised of a long length of tartan fabric, are worn over the shoulder in traditional Highlander garb. 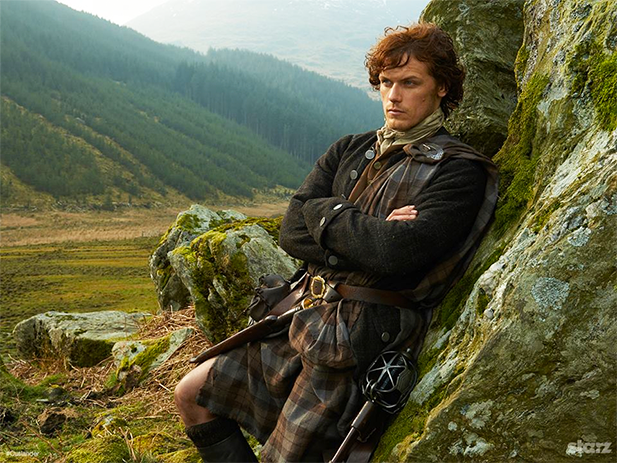 Now used to signify family connections, clan tartans are an important element of Scottish national identity. From modern Scottish National Party referendums to the historic ’45 rebellion, Scots have sought independence from the United Kingdom for centuries. In 1745, several clans were eradicated in the wake of a fierce Jacobite rebellion against the British crown. Though the Highlanders were defeated, and their “Bonnie” Prince Charles Edward Stuart never ascended the throne, they retained their Scottish identity through clan tartans.

As a result, the British passed the Tartan and Dress Act of 1746, effectively outlawing traditional tartans in Scotland. The law was eventually repealed in 1782, consequentially strengthening Scottish national pride in clan tartans. Though there are thousands of unrestricted patterns available to the public, many Scottish people will only wear the tartan connected with their family name. There are, of course, a few tartans that are generally viewed as being off-limits. The Balmoral tartan, ironically, is restricted to members of the British royal family. Likewise, Burberry’s iconic Haymarket check is trademarked and can be sold only by authorized retailers.

Tartan is uniquely tied to Scottish heritage, yet, unlike Indonesian batik, it is not perceived as an ethnic textile. American retailers appropriate foreign prints from every continent, but whereas Scottish knits are embraced as fall (tartan) and winter (Fair Isle) staples, other cultures—even those that are indigenous—continue to be marketed as exotic trends. 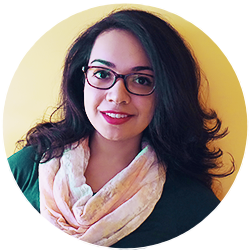